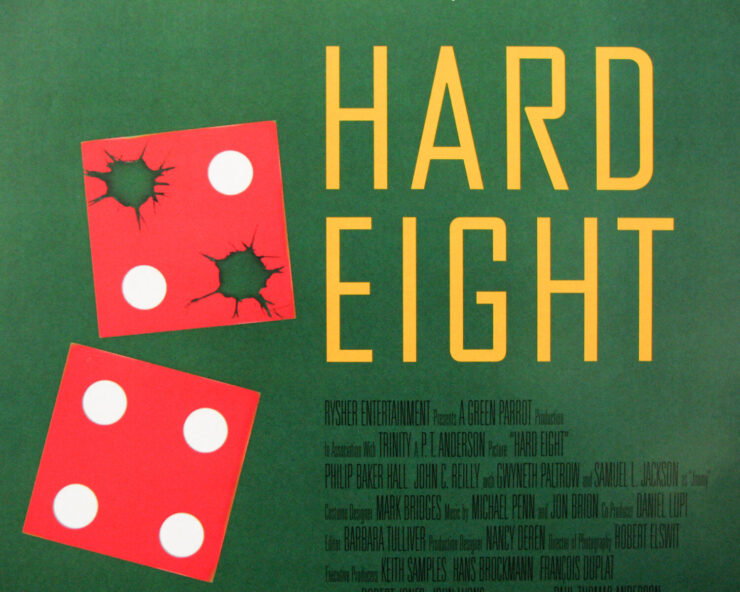 This 1996 neo-noir film was Anderson’s debut. Anderson later went on to direct such films as Boogie Nights, Magnolia, and There Will Be Blood among others.

Hard Eight also has a good cast of actors that viewers will recognize from their ubiquitous character work.

The movie also includes other actors who weren’t quite megastars at the time but would certainly soon be recognized as such. The viewer can make up his or her own mind as to whether there is a message to this film or not. Hard Eight put me in mind initially of some of the classic films noir of the forties and fifties. 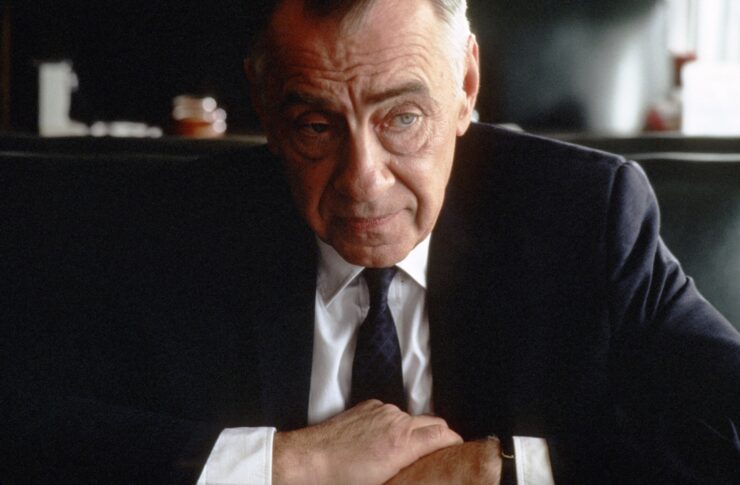 There are secrets being held by many of the characters in this film. Few of the people depicted are what could be considered morally good but the film doesn’t judge. Many of them are in desperate straits. In life, all of us can fall short of perfection.

Some people try to be good, others don’t care and a few of us take steps to move to the opposite side. This movie does perhaps have some things to say about obligations, debt, family, redemption, and forgiveness–or at least I thought so.

The film opens with a young man named John (John C. Reilly) in a pretty bad way sitting outside of a Nevada diner.

The older gambler Sydney (Phillip Baker Hall) notices John’s predicament and offers to buy him a meal. Once John is satisfied that Sydney doesn’t want anything for his act of kindness, he accepts the offer and opens up. John lost all his money gambling but needs $6000 to bury his mother. Once Sydney is convinced that John’s on the up and up he takes John to Vegas where he helps John win the money.

Time passes. Sydney and John become a gambling team. John’s not the sharpest tool in the shed but he is loyal and looks to Sydney as a substitute father. John even tries to dress and talk like Sydney.

It’s hard to tell if or when Sydney is happy because he resolutely keeps emotions out of his voice or face but over time it’s apparent that Sydney’s happy to have this son substitute.

John makes two new friends. One is Clementine (Gwyneth Paltrow), a trashy cocktail waitress and part-time prostitute. Clementine is, despite her profession, in some aspects perhaps even more naive than John, who quickly falls in love with her.

The other new friend is Jimmy (Samuel L. Jackson), a brash security guard who seems to exaggerate and also seems to know some things he shouldn’t. Sydney doesn’t initially like either Clementine or Jimmy but it’s not his place to interfere in his “son’s” personal life. 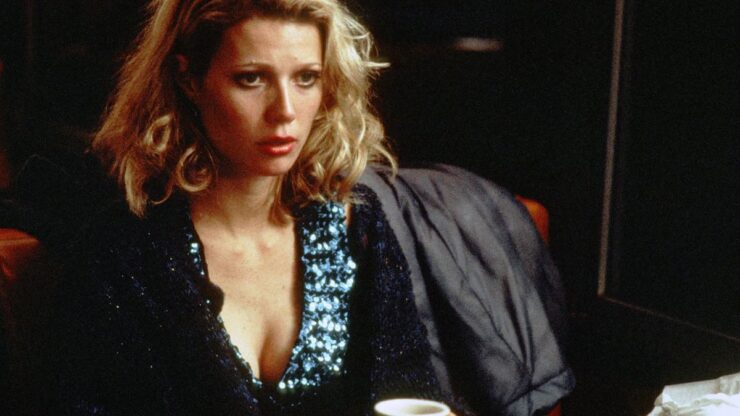 Past secrets and actions can still have an impact on our present. That’s true in every family and it is here. Sydney is the sort of man who does his duty as he sees it, no matter what it costs him or how sad it makes him.

Hall really impressed in this movie. His Sydney thinks before he speaks and only speaks when he has something worth saying. It’s almost as if someone is charging him $100 for every word he says.

Sydney is a very precise man. He’s seen things and been places.

Although Sydney tries not to say it or show it, he’s letting a certain amount of sadness and regret seep past his placid demeanor.

This is a slow movie that takes its time letting emotions and themes play out. In a good way, it brought to mind some late sixties and early seventies films. Everyone is trying to reach past the loneliness and alienation that they feel though few people will admit that.