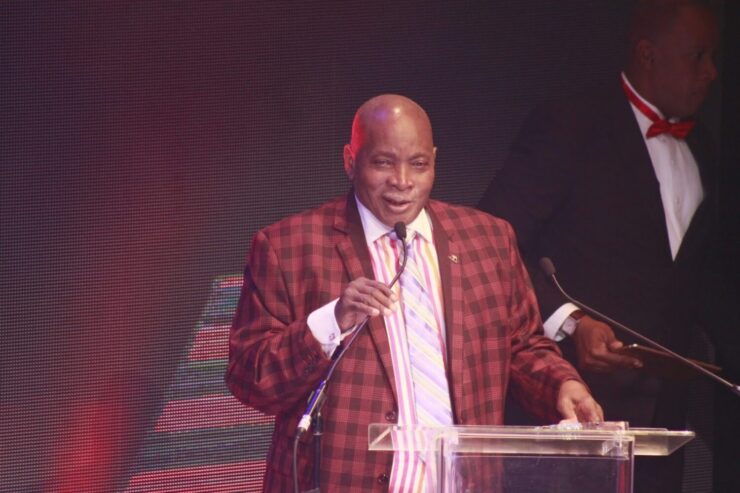 Ska, Calypso and Reggae are all interrelated forms of music. One of the original giants of calypso music, who was also influential in the beginnings of reggae is Grenadian-Trinidadian singer Mighty Sparrow (Slinger Francisco). Mighty Sparrow has been performing professionally since the mid-fifties.

The songs that he sings often have a sense of humor. These songs aren’t necessarily to everyone’s taste but I usually enjoy them. One of his better-known songs, which has been covered by a number of different people is Big Bamboo, which is about the absolutely critical importance of the aforementioned renewable resource. It may well be a traditional song where true authorship is lost to time.

As with American blues songs, many of the versions have different lyrics. The singer can add or subtract verses as he sees fit. There are all sorts of different arrangements. Some are more driving. Others are downright languid. The first version I heard was by the Mighty Sparrow but I’ve also heard good versions by other calypso singers like Duke of Iron, Mighty Panther, Wilmoth Houdini and Lord Creator.

I ran across a more recent version of this song by the musical group Ska Cubano. Ska Cubano, as you might suspect, combines a variety of Afro-Caribbean music, including but not limited to ska, reggae, calypso, salsa and soca. This is not as farfetched as you might think. The Ska Cubano version has a very insistent beat that can’t be ignored or missed.

I like songs that on the surface appear to be about one thing but when you think about it are about something else entirely. Sometimes limits can inspire more inventive wordplay. It’s important to live a healthy life in tune with nature. I think that’s what the song Big Bamboo is saying. Of course, it could be about something else as well.

I gave my girl a coconut
She said she liked it, its o.k. but
The only thing that worries me
What good is the nut without the tree?
(Chorus)