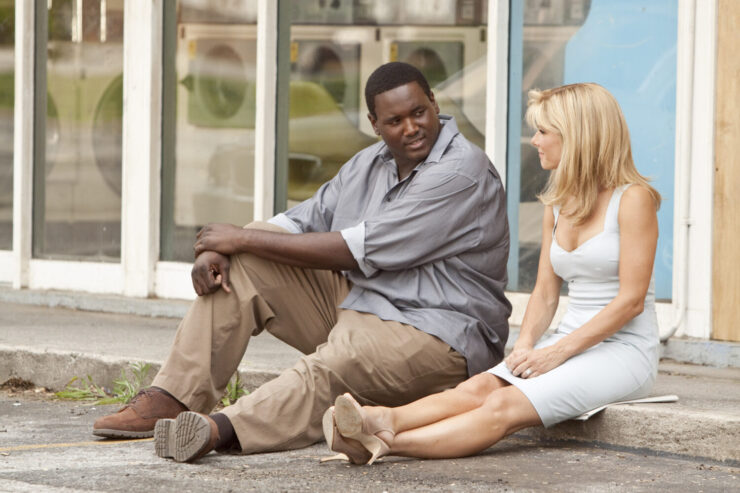 These are just some of the stereotypes of Black men and women. Some of them date back to slavery. Others, like the welfare queen, are obviously more recent. They have been discussed in scholarly articles. They have been refuted and dismissed by Black people who don’t realize the archetypes are cast in many major motion pictures, television shows, and books. And they have been decried as one-dimensional characterizations of Black life which we all know is rife with richness.

These archetypes, their history, significance, and current relevance are revisited every time a controversial movie or book or TV show comes out.

Of your Urban Politico team, I do believe that I am the only one who has read the book and seen the movie. Grand_Central refused to do either because she is “sick of movies where the white woman or white family comes to save the day.” Shady_Grady stated “One of my grandmothers and great-aunts worked as a maid and they didn’t have much good to say about the situation and neither did any of their children. 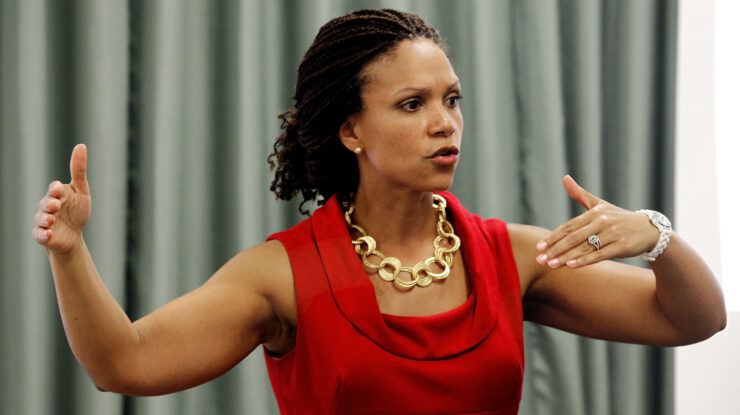 I already know about that portion of history and really have zero interest in seeing it again; particularly if it’s told through white eyes.” The Janitor pointed out this much watched and talked about rant from Princeton professor Melissa-Harris Perry railing against the film. 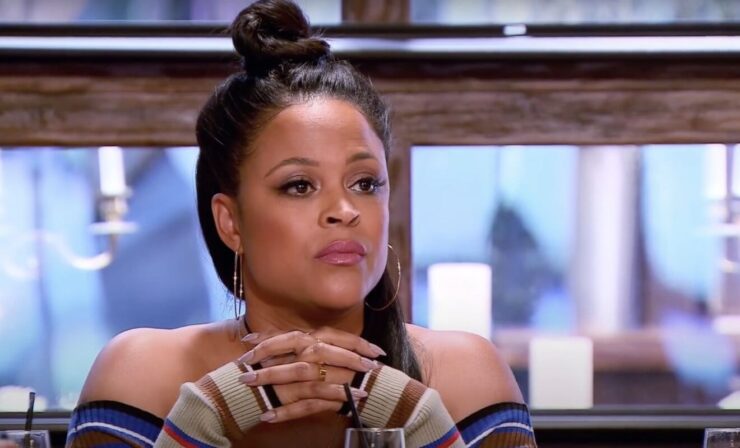 There’s a reason for the backlash against The Blind Side and The Help just as there is the reason for the backlash against Tyler Perry and even Shaunie O’Neal. Tyler Perry is often called a coon for perpetuating stereotypes of Black women as mammies (even an updated gun-toting one) or jezebels and sapphires in his movies that have come to Jesus moments where the women find salvation in less than self-actualized “good” Black men. That argument can be made in nearly every movie Tyler Perry has made.

However, the criticism of Tyler Perry can also be relayed to other more prominent albeit pretentious Black directors; i.e. Spike Lee and even a cutting-edge Lee Daniels. Spike’s She’s Gotta Have It turns 25 this year. The critically acclaimed director’s first film’s main character embodies the stereotype of the jezebel. The story of Nola Darling and her three lovers perpetuates the stereotype of Black women as sexually voracious no matter how urban and modern of a spin is put on the character.

The same can be said for Lee Daniel’s and Halle Berry’s Opus in Monster’s Ball. Leticia, after losing her child to a car accident and her husband to the death penalty, gets drunk and lets out her inner freak all over racist and confused Hank played by an aloof Billy Bob Thornton. Jezebel again.

If we look at Tyler Perry, two of his best films (IMHO) are Why Did I Get Married? — the first one only — and Daddy’s Little Girls. In both films, the sapphire stereotype is alive and well. Gabrielle Union plays a bitter bitch until she’s softened up by a less-than-self-actualized blue-collar man. (Secretly I think Tyler Perry is offering the cure to single Black women everywhere by telling them to get with the mechanic, factory worker, or bus driver but that’s a whole other post) Why Did I Get Married? shows the same in the character Angela played by Tasha Smith, and even in the sequel in the character Patricia played by Janet Jackson; we see how a woman can turn into sapphire; the all too common angry Black woman. 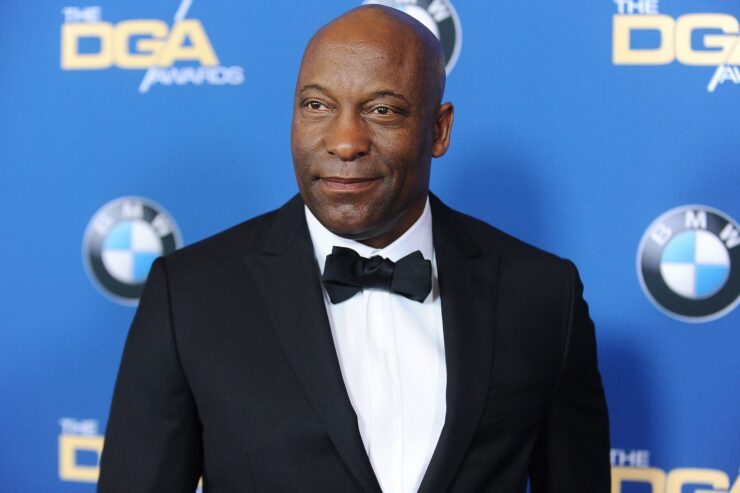 John Singleton most noted for his hood classics uses a lot of the welfare queen stereotype, or am I the only one that got that from Baby Boy?

I don’t point this out to point fingers at Black directors and say you’re no different from White directors who want to recreate Gone With the Wind or Driving Miss Daisy. What I do want to say is that no matter how much we hate a storyline, a premise, or the characters in a TV show, book, or film there is an old stereotypical archetype that can be readily identified no matter how nuanced, detailed or 3D it’s made.

At the end of the day, we can rail against films, television shows, and books as much as we want but that doesn’t mean the go-to box of characters and stereotypes is just going to disappear from a director or even an actor’s toolbox of how to play/cast a role.

There are a whole host of films that go beyond the stereotypes and dig deeper to tell a story that we haven’t seen, a story that hasn’t been told, or a story that hasn’t been told in a certain way before. We can all name films like Brown Sugar or Love & Basketball, The Best Man or The Wood, or even Something New that offers something new; different and nuanced. We can also name films like Boomerang and Soul Food, Boyz n the Hood or Menace II Society, and the much loved Friday as films that use the stereotypes and archetypes as stock characters and infuse humor to make you forget the past pain.

Every day we are greeted with a barrage of images of ourselves that are not necessarily true; or do we all just throw drinks and pull weave like any one of the Basketball Wives? Beyond film and reality television we see these stereotypes at the center of our political debates. The simplification of our President as some conservatives rail against him because somehow some way he had to have used trickery to have been elected into the highest office in the country.

If you walk into the book store and you see the much-maligned African-American literature section where you’ll find books whose characters embrace the jezebel stereotype as sexual liberation, Zane, the sapphire come to life, Terry McMillain, or welfare queen put into overdrive, Sapphire. 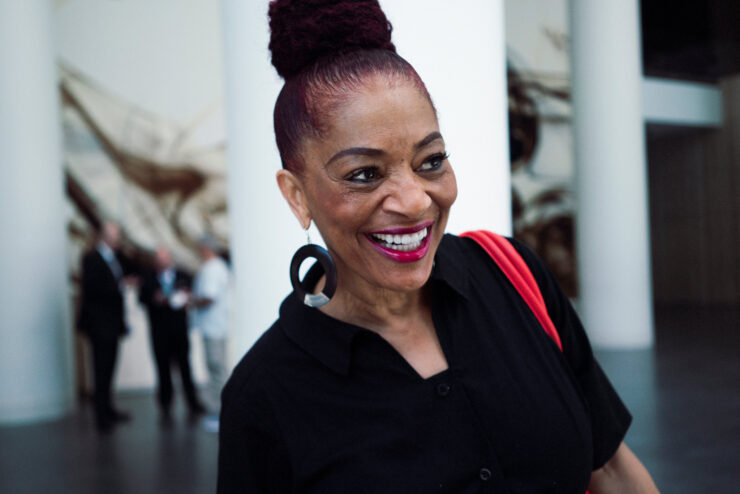 The stereotypical archetypes of mammy, coon, jezebel, sambo, sapphire, and welfare queen are all around us. As stereotypes they are assumed to have some truth to them, as archetypes they are used as vehicles to create characters, as images of Black life and culture, they leave more to be desired. They are neither inherently negative or intrinsically positive. They are at once myopic and insufferable as they are reappropriated cases for positivity.

They are images of us we can let define us on the surface or we can add details to the sketch and offer a more colorful picture.

We may not all appreciate or even want to understand or be bombarded by the images offered up in The Help. We may not care for characters according to Tyler Perry. We may not even appreciate the praise for Training Day or Monster’s Ball when those accolades were more deserved for Malcolm X and Introducing Dorothy Dandridge.

But at the end of the day, all of these images, stereotypes, and archetypes are vehicles for better stories to be told, for the complexities of Black life and Black culture to be unraveled and an avenue for something new to make a splash on the page, the big screen, or even your mounted flat screen.

No matter how I feel about the pain of my history, the progress of my present is a beautiful thing because the stereotypical archetypes are used as avenues for artistic expression that we can decide to portray instead of being relegated to the background and forced to portray.

When at first we could only be asexual mammy, shucking and jiving coon, trickster sambo, sexually seductive Jezebel, bitter bitch sapphire, or always at the aid office welfare queen we can now be all of that and then some in roles, characters, and in life, we tailor-make for our personal realities.

“All the worlds a stage, And all the men and women merely players”
~William Shakespeare, As You Like It (2/7)