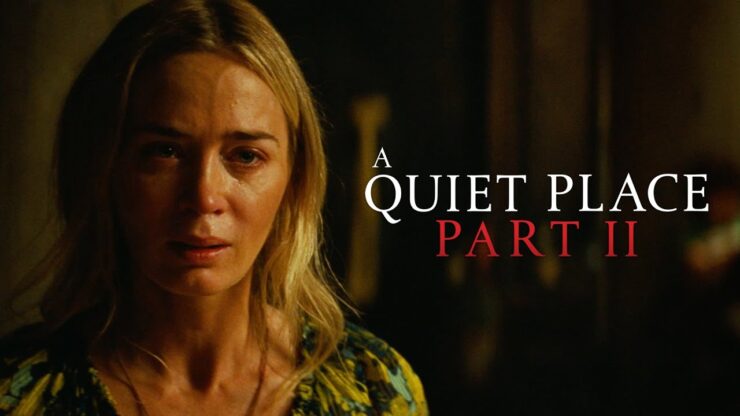 This 2021 film was the sequel to the earlier movie of the same name, reviewed here. Sequels are often funny business. Usually sequels let you know what happens next.
Given the paternal sacrifice at the end of the first film, Part II has a lot to work with on that level.

Sequels can also go back in time to show how things got started in the first place, which Part II does as well. However although this film was enjoyable in parts, I thought that it dragged too much. The child actors irritated me–or rather their characters did.

This is likely a reaction based on how I was raised but certainly as a youngster if my parents said to do A and not do B, then that is what they meant.

And they would communicate that intention in clear precise language that left absolutely no room for debate, interpretation, or misunderstanding. And if my siblings or I didn’t follow those orders, well then we would have some problems. Obviously once someone reaches his or her teen years then there’s going to be some more rebellion and disagreement.
That’s just human nature. Parents need to be aware of that and accept that change within certain limits.

But parents of young children, toddlers or pre-teens, do not explain and cannot be expected to explain their reasons for everything to their children at that point. It’s usually for the best at this time, assuming that the parents are loving and competent, for the child to do what the parent says.

My issue with Part II was that despite knowing that there are murderous aliens and scummy humans all over the place, the family’s children consistently ignore their mother’s commands or substitute their judgment for hers. This usually puts everyone in worse positions. After the first film’s heroic sacrifice of the husband/father, the Abbott family now consists of mother Evelyn (Emily Blunt), deaf daughter Regan (Millicent Simmonds), son Marcus (Noah Jupe) and a newborn baby.

There are too many aliens in the vicinity of the Abbotts’ mostly destroyed residence.

Searching for food and other survivors the Abbotts come across an old family friend Emmett (Cillian Murphy) who has lost his own family and hardened his heart as a result. Emmett saves the Abbotts when they set off one of his traps but frankly he would just as soon they leave. Emmett just wants to look out for Emmett.

Regan thinks she can find more survivors. She wants the family to follow her lead. With a new baby, Evelyn isn’t really up for more drama. She wants to stay put. Maybe she can shame Emmett into thinking of people beyond himself.

Unlike his sister, Marcus is not openly arguing with his mother, but he doesn’t always do what he’s told either.

We get flashbacks to see the alien arrival. We also see that the aliens are not necessarily the worst threat to the Abbott family. Part II has the expected amount of gore and jump scares for this kind of film. What it doesn’t have, aside from Emmett, are characters or motivations I really cared for or understood as much as I did in the first movie. The aliens are shown more often, which I thought was a mistake. And yes, the Black characters are, well, expendable.